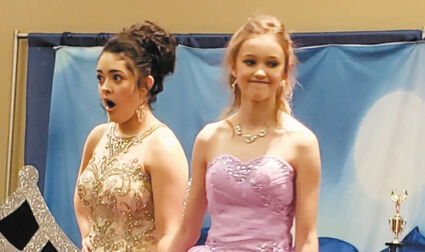 A Lincoln Middle School student was crowned Little Miss Wyoming Preteen after having stepped away from the beauty pageant scene for the past four years.

For 13-year-old Jaylene Gallegos, coming back to competition resulted in a title. Jaylene is a typical teenager who admits to sleeping in most mornings and enjoys playing basketball and volleyball.

However, when it comes to pageants, Jaylene gets to show another side of herself, the side that enjoys the attention and the glamor that comes with the competition.