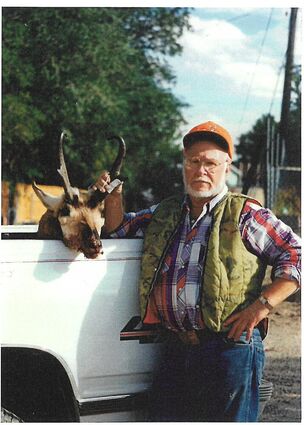 Walter William Cook Sr. died June 25, 2021 in Kemmerer, Wyoming at the age of 87. He was born in Green River, Wyoming to Edwin [Ted] and Lillian [Cross] Cook.

Walt attended school in Green River and was an avid football and basketball player.  His basketball team took the state championship two years in a row. He lettered in football, basketball and track. He was awarded "All State" three times before graduating from High School in 1953.  He was inducted into the Green River High School Hall of Fame in 2013 for his football career.

Walter served in the United States Air Force. He worked...