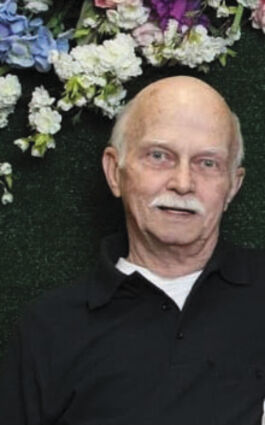 Lawrence Cauthorn, 77, passed away on Thursday May 20, 2021 at Memorial Hospital of Sweetwater County in Rock Springs, Wyoming. He was a longtime resident of Green River, Wyoming and former resident of Casper, Wyoming.

Lawrence was born on May 17, 1944 in Casper, Wyoming; the son of Ivan Cortez Cauthorn and Maxine Mildred Burns.

He attended schools in Casper, Wyoming and was a 1962 graduate of Natrona County High School.

He was a United States Navy veteran having served in Vietnam.

Mr. Cauthorn worked at FMC Corporation for 24 years and was a Senior Analyst at the time of his retirement in 2000.

He was a member of the Golden Hour Senior Center, National Rifle Association, Archery Club, and a 20 year member of the Fraternal Order of Eagles Hall #2350.

Lawrence was a member of the Hilltop Baptist Church.

He enjoyed spending time with his family and friends. His interests included playing pool, golfing, fishing, archery hunting, target shooting, and caring for his yard.

He is preceded in death by his parents, grandparents, one brother, Johnny; and one sister, Sally.

Cremation has taken place. Condolences may be left at http://www.vasefuneralhomes.com.