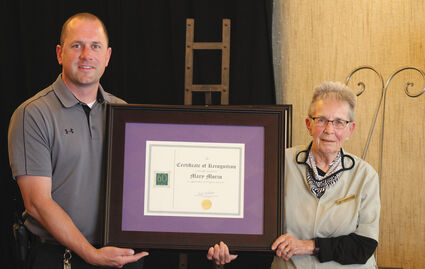 Sixty years is a long time for anyone.

For some, that amount of time can nearly fit an entire lifetime. However, for one housekeeper working at Little America, it's the length of her career.

Mary Morin celebrated her 60th anniversary working for the hotel and travel stop Tuesday with a celebration featuring family, friends and coworkers. Morin, an 83-year-old resident of Granger, has worked at Little America since May 18, 1961. Her starting wage was 90 cents an hour, making $7.20 a day. At the time she received her first raise to $1.25 an hour five years later, Morin's husband was making $1...