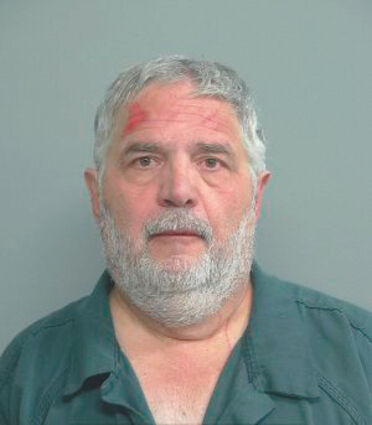 A former Wyoming Legislator from Green River entered not guilty pleas to misdemeanor charges of solicitation of prostitution and interference with a peace officer Friday afternoon.

John Hastert, 62, was arrested Thursday after Sweetwater County Sheriff's Office deputies claim Hastert attempted to seek sexual favors from an undercover operative during a sting operation initiated by multiple Wyoming law enforcement agencies. Hastert is also accused of resisting arrest, being taken down by multiple officers as he allegedly tried to avoid being handcuffed.

The solicitation of prostitution charge carries a maximum penalty of six months in jail and a $750 fine while the interference with a peace officer charge carries a maximum sentence of one year in jail and a fine of $1,000. Hastert's trial date was set for Sept. 9, 2021. He was issued a bond of $4,500 with 10% cash required by Third Judicial District Circuit Court Judge Craig Jones. As part of his bond conditions, Hastert is prohibited from using social media, as well as the website and app provided by Skipthegames.com.

Investigators claim Hastert asked what the half-hour rate was and later stated what specific acts he was interested in, telling the operative he would arrive at the hotel at 4 p.m. Thursday. At about 4:05 p.m., investigators witnessed Hastert walking through the hotel parking lot, wearing a blue shirt and blue jeans. The agent texted Hastert to go to room 138 and agents heard a knock at the door at 4:10 p.m. Court documents state one of the investigators, identified as SA Allison observed Hastert through the peephole in the door.

Documents state a takedown command was given and Allison opened the door displaying his badge. Lt. Joseph Tomich of the Sweetwater County Sheriff's Office, wearing ballistic armor with his badge on the left of his chest and a yellow "sheriff" placard on the right chest, identified himself as police and grabbed Hastert by the shirt collar in an attempt to bring him into the room. Hastert allegedly tried to pull away from Tomich as Tomich gave commands to stop fighting him. Tomich pushed Hastert into a wall to gain control of him as Hastert allegedly continued struggling. Allison, an undercover operative and a detective identified in documents as Det. Rhea assisted Tomich in gaining control of Hastert, dragging him to the ground as Hastert allegedly continued fighting the officers.

Tomich and Allison were able to gain control of Hastert's left hand and placed a handcuff on it as Hastert allegedly continued to resist arrest by placing his right hand underneath himself. Tomich utilized a "pain compliance technique" on Hastert's left arm, after which he was arrested. Tomich received cuts to his right palm and right ring finger during Hastert's alleged attempt at resisting arrest.

Documents state Hastert initially refused to identify himself, but later verbally identified his name and date of birth. Tomich performed an internet search on Hastert and found photographs from his time with the Wyoming Legislature to identity him.

During a post-arrest interview, investigators claim Hastert admitted he knew street slang through the skipthegames.com website, admitting to previously soliciting prostitution in Casper and Salt Lake City. Investigators also claim Hastert admitted to using a "burner" phone to communicate so his wife would not find out what he was doing. During a search of Hastert following his arrest, Tomich discovered three $100 bills, along with some pocket change and two cloth face masks. There were no other items such as a phone, wallet or identification on him. The charging documents state Tomich knows this to be a common act with human trafficking buyers to avoid substantial losses if they're the victim of robbery.

Hastert, a Democrat, was a long-serving member of the Wyoming Legislature, being elected to both the House and Senate. Hastert was initially elected to represent House District 39 in 2002, serving from 2003-2007. In 2006, he won election to Senate District 13, serving from 2007 to 2019 after losing his 2018 re-election bid to Republican challenger Tom James. During his time in the Legislature, Hastert served in many leadership roles. He was the Senate Minority Caucus Chairman from 2009-2010 and 2013-2016, the Senate Minority Floor Leader from 2011-2012 and the Senate Minority Whip from 2017-2018. He was a member of many committees, including the Senate Appropriations Committee, Management Council, Select Water Committee and Workforce Development Council.