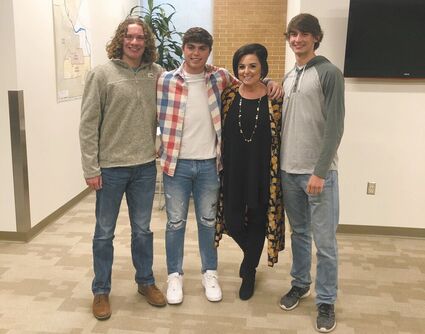 Three players on the Green River High School Boys Basketball team received recognition Tuesday night for achieving either All Conference or All State.

Ivie said Fuss was the 32-minute kid for the team during the last two season, while describing Ivie as one of the most unselfish basketball players she has coached. With Taylor, Ivie said he was a relentless player, saying...