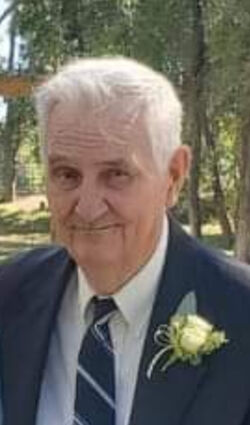 He and his wife Joan wintered in Lake Havasu City and resided the rest of the year in Cowley, Wy.

Tom was an electrician by trade. He moved to Green River, Wy in 1976 where he worked for Brown and Root and then Texas Gulf. He then went to work at Tenneco (Solvay). Tom was well known and highly respected in his field.

Tom was preceded in death by his parents, 2 brothers Walter Jr and Barton Niemiec and 1 sister Annette Petrozzi.

One day God had a very special recipe for a man. He stirred together extra large portions of humor and wit that would bring laughter to countless others in the man's lifetime. While that was marinating he used a wide brush to add an ornery boyish grin which would compliment him perfectly. He used some parts of mountain goat for this man to go wherever he chose in the great outdoors and in life along with some seasoned mountain man spirit. God marinated everything with perseverance and determination for the daunting uphill climbs that life inevitably would have in store for him. God made him a hunter, fisher and a seeker of gold. In the man's heart he added all the bear-like strength the man would need to support those who would lean on him throughout his years. God followed this with extra large measures of kindness and gentleness. God created in him a heart for community service and family and filled it with an extra splash of patriotism. He added the desire to teach others to the man's heart which he heavily seasoned with a shareable abundance of knowledge and curiosity and a fantastic knack for story telling. This man would never know a stranger for more than a moment and would fill the lives of so many with his friendship, smiles, and his wonderful heart.

A Celebration of Life to be held in Green River will be announced at a later date.