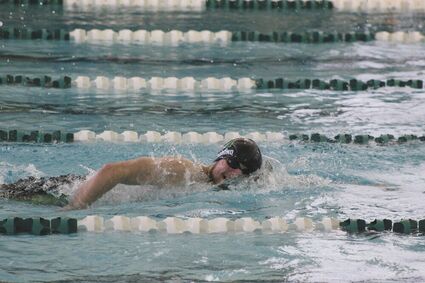 With a few weeks left in the season, the Green River High School boys swimming and diving team are competing tired, but continue to impress head coach Colleen Seiloff.

"They're kind of exceeding those expectations," she said.

The boys won their two meets over the past weekend, which included a competition at home. Despite the tiredness that happens later in the season, before the coach begins tapering her swimmers for Regionals and State, Seiloff said swimmers continue to cut their times, with some qualifying for State. 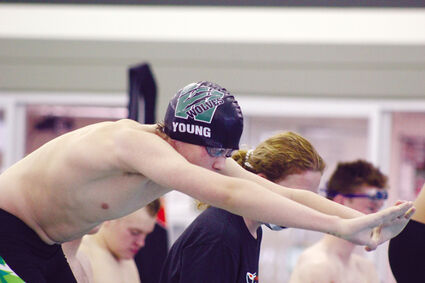 So far, the competitors who have already qualified are posting State times in other events, which Seiloff said will help her better position swimmers in different events, giving the team a chance to score more points at State.

However, the few she has that haven't qualified aren't being discounted either. She those swimmers are also making gains in the pool and anticipates one or two more swimmers may make the grade by the end of the regular season.

"we could be close to having our whole team qualifying," she said.

This group of boys she's coaching have made the season an enjoyable one for Seiloff.

"They're hanging in there, they're racing," she said.

She said the swimmers is very committed to pushing themselves further, which she said gives her the opportunity to continue pushing them during practices.

"It's been really fun," Seiloff said.