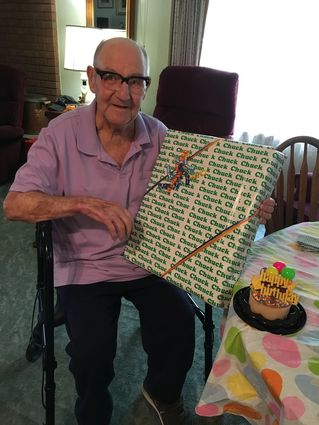 Lawrence J. Kladianos, 93, passed away Tuesday, December 1, 2020 at his home in Rock Springs, Wyoming. Mr. Kladianos was a life-long resident of Wyoming.

He was born October 4, 1927 in Superior, Wyoming; the son of Louis Kladianos and Margaret Dougas.

Mr. Kladianos attended schools in Superior and was a 1945 graduate of Superior High School.

He married Joan Ermily Roesler on February 22, 1958 in Superior, and she preceded him in death on October 17, 2011 in Green River, Wyoming.