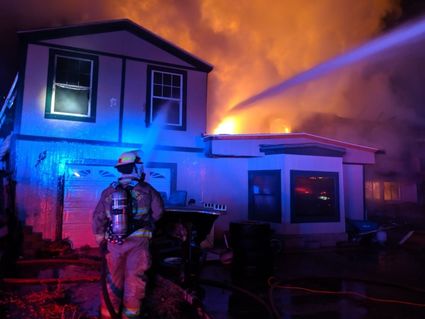 Firefighters responded to a house fire at 1610 Idaho Street early Saturday morning. The fire resulted in the death of one resident, Elizabeth Andrews.

An early morning house fire Saturday claimed the life of a Green River woman and resulted in another man being sent to Utah for treatment.

Assistant Fire Chief Larry Erdmann said the Green River Fire Department received the emergency call at about 5 a.m. and responded to 1610 Idaho Street. According to information provided by the Green River Police Department, officers met with three juveniles that had escaped the house and assisted in the rescue of a man still inside the home. Erdmann said firefighters focused on the portion of the home where a woman was located to keep the fire from spre...