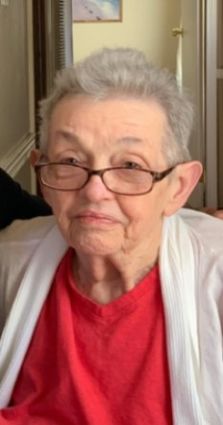 Barbara Jean Rawl-Daniels, 83, passed away Sunday, August 9, 2020 at her home in Green River, Wyoming. She was a resident of Green River for 10 years and is a former resident of Trenton, South Carolina.

Ms. Daniels was born on May 16, 1937 in Johnston, South Carolina; the daughter of Delphin Wesley Rawl and Maude Margaret Rhoden.

She attended schools in Johnston, South Carolina and was a 1955 graduate of Johnston High School.

Ms. Daniels worked in Graniteville, South Carolina at a cotton mill for 22 years.

She was a member of Monroe Avenue Baptist Church.

Barbara enjoyed spending time with family, quilting, cooking, crossword puzzles and jigsaw puzzles. She was very thankful that her grandson, Travis Stein, was able to be her caretaker for the last 5 years.

The family respectfully requests donations in Barbara's memory be made to Cowboy Cares, 617 Broadway Street, Suite E, Rock Springs, Wyoming 82901. Barbara's family would like to thank the staff at Cowboy Cares for going above and beyond in caring for her.