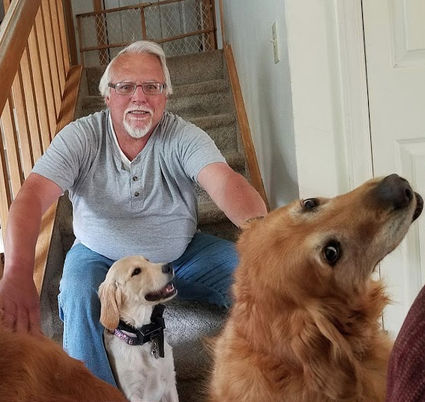 Chuck Sykes sits with his dogs Ella and Daisey at his home. The Green River resident will be returning home suffering from severe brain injuries resulting from a fall.

Dana Sykes hadn't seen her husband since his fall April 19.

Chuck said he was feeling dizzy before he "locked up like a tree" and fell down the stairs in the Sykes' residence, hitting his head several times. It was the second time he had fallen down the stairs.

The couple's son and daughter-in-law were at the home and following CPR from his son and an EMT responding to the 911 call, Chuck was resuscitated. He was taken to the hospital and ultimately to the University of Utah Medical Hospital.

"I haven't seen him since then because of the COVID virus," she sa...