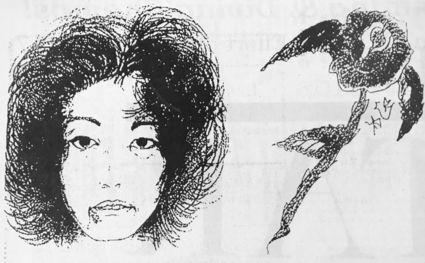 A sketch of Bitter Creek Betty and the tattoo on her body released by the Sweetwater County Sheriff's Office in 1992.

An Iowa man was arrested last week in conjunction with several cold case investigations occurring in Wyoming and Tennessee, leading to charges in the murder of a woman known only as "Bitter Creek Betty."

Clark Perry Baldwin, 59, of Waterloo, Iowa, was arrested May 6 at his home by agents from the FBI and Wyoming DCI and investigators from the 22nd Judicial District Attorney's Office in Tennessee. Baldwin is charged with first degree murder in Sweetwater and Sheridan counties, as well as two counts of first degree murder in Tennessee related to the 1991 deaths of Pamela McCall and her unborn...