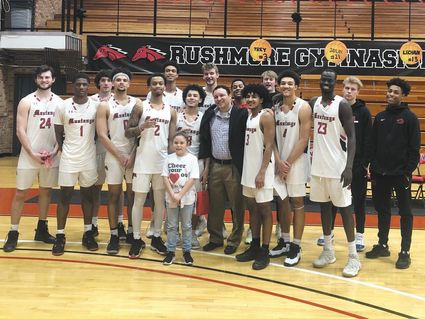 Western Wyoming Community College Athletics had an exciting weekend two weeks ago. The men's basketball team won the Region IX tournament, which qualified them for the NJCAA national tournament originally scheduled for March 16-21. Mustang Wrestlers won the National Academic Team of the Year, and finished in sixth place at nationals.

Western's Mustang Basketball team has had an outstanding season under the leadership of Head Coach Steven Soza, who was named Region IX North Coach of the Year.

Their win at the Region IX tournament is a first in Wester...