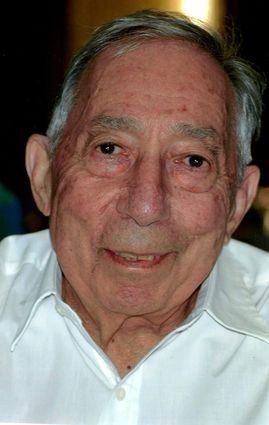 Our dear father left us on Thursday, February 27, 2020, after a lengthy illness. Harry Karician was born on November 18,1930, to Misak and Lousig Karician. He was a graduate of Lincoln High School and a lifelong resident of Green River, WY. He enlisted in the United States Army. After serving his country, he returned to Green River where he met and married Elaine Widic Kutz on May 7, 1961.

Harry and Elaine owned and operated the Green Gander Bar for many years where pot luck dinners and live music were enjoyed by friends and family. He was a self-taught musician mastering the mandolin, banjo, balalaika and harmonica. He was best known for his love of playing the spoons. He was a skilled pool player and an exceptional gardener. Harry was an avid reader and surrounded himself with thousands of books. He enjoyed working out and walking along the Green Belt.

Unknown to most, Harry was a talented sketch artist and doodler. He was an active member of the Fraternal Order of the Eagles Aerie #2350.

Funeral Services will be conducted at 11:00 am on Monday, March 9th, at the Union Congregational Church, 350 Mansface, in Green River with Reverend Jenny Boteler presiding. Military Honors and Interment will follow at the Riverview Cemetery. Friends may call at the church, one hour prior to the services