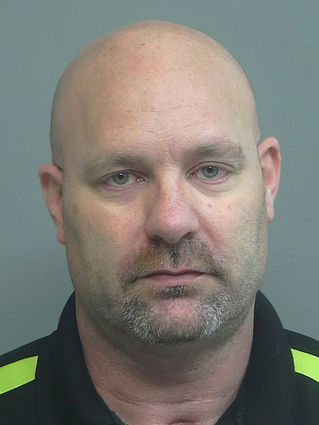 A months-long investigation into the suspected embezzlement of donated funds from the Green River Fire Department Foundation culminated Monday with the arrests of the department's chief Mike Nomis, 50, and his wife, Stephanie Nomis, 46.

Court documents were not available as of press time. Additionally, city representatives and the GRFD declined to comment on the situation.

In November of last year, sheriff's detectives served search warrants to obtain bank records associated with the foundation. Additional search warrants at Green River City Hall and the GRFD for corresponding and related financial records were served in January. The foundation was established to supplement the budget provided to the fire department from the city. The foundation's fund actually includes three separate bank accounts that are designated for different purposes , such as, equipment and victim services, but each of these accounts holds money that is donated by local community organizations and businesses until it is needed by the fire department. The foundation also has a social fund that is subsidized directly from the paychecks of the department's volunteer firefighters. Any expenditure from any of these four accounts is strictly regulated by both foundation and city bylaws.

According to a release from the Sweetwater County Sheriff's Office, a comparison of bank statements with related financial records over the time period of August 2016 through January 2020 reveals a total of at least $125,000 from the three foundation accounts and the social fund that is either missing (and now accounted for through the course of investigation) or that is still unaccounted for and remains under investigation. On Friday, Sweetwater County Circuit Court Judge Craig Jones issued bench warrants for the Nomis' arrests. Sheriff's detectives, assisted by special agents from the Wyoming Division of Criminal Investigation's Southwest Enforcement Team, served the bench warrants, arresting the two separately and without incident. Mike is charged with felony theft and wrongful appropriation of public property. Stephanie is charged with felony theft. In Wyoming, theft of $1,000 or more is a felony punishable by imprisonment for not more than 10 years, a fine of not more than $10,000 or both; wrongful appropriate of public property is a misdemeanor punishable by imprisonment for not more than one year, a fine of not more than $1,000 or both.