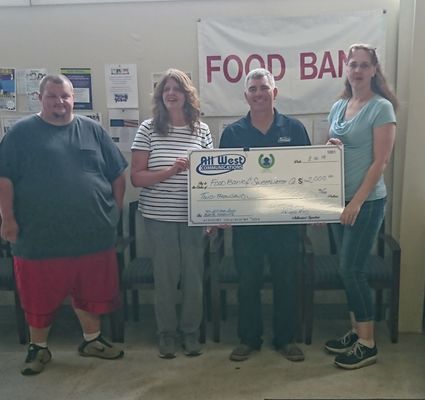 This year, All West Communications held their annual November food drive and partnered with CoBank to provide $2,000 to each food bank in their service areas, which include the Rock Springs and Green River food banks.

CoBank's Sharing Success program doubles the contributions of its customers to the charitable organizations and causes they care about most. Since the program was established in 2012, CoBank and its customers have contributed more than $40 million to groups such as volunteer fire departments, local schools and hunger relief programs.

All West often provides a $500 contributio...