Girls plan to build on past successes 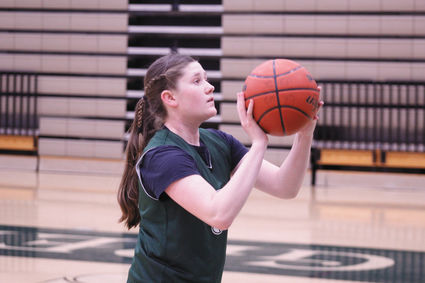 Now in his 26th year as a head coach at GRHS, Rick Carroll said his staff is trying to cover everything in the early season practices, ranging from basic conditioning to improving the players' skills. Carroll said he's watching the players closely to see which levels they're playing at.

"We're really busy trying to hit everything we can," Carroll said. "We'll refine ourselves as the season goes on."

The girls' first taste of competition comes this weekend when they travel to Riverton for the Bill Strannigan tournament, which features 12 teams. Like the boys, the Lady Wolves will have four games throughout the tournament, taking on Sheridan Thursday, Natrona on Friday, and Cheyenne East and Central Saturday. The girls are also scheduled to have four games during the Flaming Gorge Classic tournament next week.

"Eight games will give us a chance to evaluate where we are," Carroll said.

Carroll said he has a nice group of girls returning to the team, with three seniors, seven juniors and nine sophomores.

Overall, Carroll said he's more interested in the process needed to become a better team. He said they want to win their quad and region and look to make another appearance at State.

"We have really high expectations," he said. We feel like we're very, very competitive this year."