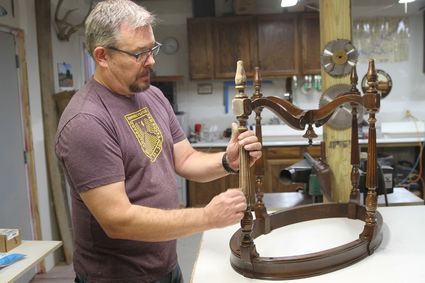 David Schultz of Carpenter Woodworking in Douglas works on an antique table he is restoring for a customer. Schultz, who moved to Douglas from Colorado, has built custom furniture that now resides in the homes of people including former President Bill Clinton.

At face value, it's an odd trinity of names to tie together, but the commonality between these otherwise unconnected individuals is one man – David.

He custom built the pieces as a solo master woodworker at times and also as part of a team working for custom furniture design houses in Colorado before he moved to Douglas with his fami...