Warship named for the Green River 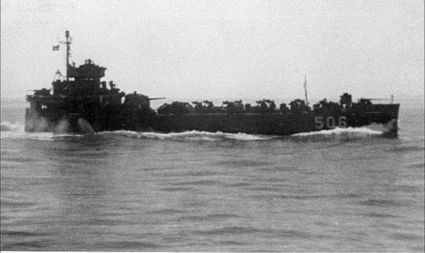 The USS Green River (LSM(R)-506). Few photographs of her have survived.

A navy warship named the USS Green River was built and saw service during World War II, the Sweetwater County Historical Museum stated in an article. The Green River (LSM(R)-506) was classified as a "Landing Ship Medium (Rocket)," an amphibious assault ship designed to support troops during landing operations. Commissioned in May of 1945, she was 203-feet long and displaced about 1,200 tons. LSM(R)s of her class were crewed by six officers and 137 enlisted men, and armed with a 5"/38-caliber gun, four 40mm and eight 20mm guns, four 4.2" mortars, and 20 continuous-loading 130mm rocket launch...