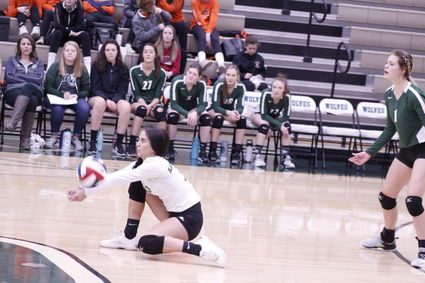 The Lady Wolves volleyball team lost one on the road and won a game at home this past week.

Head coach Rikki Shantz said in their game against Evanston the Lady Wolves came out fired up and ready to play.

"They started off pretty well and won the first set," Shantz said.

During the second set,...