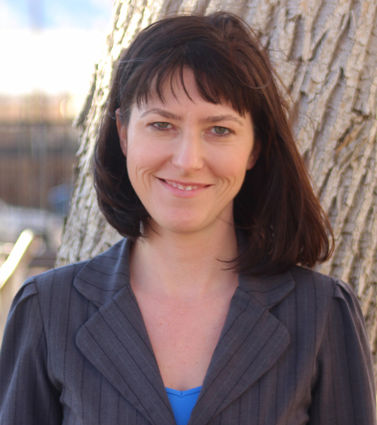 The Third District Court will have a new judge when Judge Nena James retires in October.

According to a press release, Governor Mark Gordon appointed Suzannah Robinson to be the District Court Judge for the Third Judicial District serving Sweetwater County. Even though James' retirement is effective Oct. 18, Robinson isn't sure if she'll start then. Robinson was one of three finalists, including Sweetwater County Attorney Daniel Erramouspe and Green River Municipal Court Judge Jason Petri.

"This was a difficult choice as all three candidates were talented individuals with the experience and legal background necessary to do the job," Gov. Gordon said. "Ms. Robinson possesses an evenhanded judicial demeanor and I found her to be a strong choice for the Third District bench."

In an interview, Robinson said she will try to start as soon as she can, but she will need to wrap up some of her cases first. Robinson, an attorney, is currently working for Lemich Law Center in Rock Springs. For Robinson, becoming a judge wasn't always something she had on her radar.

"When I initially went into law school, I thought I'd be a litigation attorney my entire career," Robinson said.

However, over the course of her career, she started to think about the possibility of becoming a judge.

Throughout her career, Robinson has worked in both civil and criminal law. Previously, Robinson served as a deputy county attorney for the Sweetwater County Attorney's Office from 2008-2015. While at the county attorney's office, Robinson started working on misdemeanor cases and quickly worked her way up to felony cases.

From 2015-2017, Robinson opened her own law firm and took family law cases, such as divorces, child support and custody. Robinson then decided to branch out into other civil law areas and she went to work for Lemich Law Center.

"I thought George Lemich has been practicing for a long time and I thought he would be mentor and he was," Robinson said.

Robinson said this isn't the first time she applied to be a judge. When a judge's position in Kemmerer opened up and she applied for that position and made it to the final three candidates.

She wasn't appointed to the Kemmerer Third Judicial District Circuit Court judge, but she wasn't discouraged.

Robinson said that even though she wanted to stay in this area, she didn't just apply for any judge's position. She wanted to apply for certain ones. When Judge James' position opened up, she decided she would apply for the position.

"Words cannot express how profoundly honored I am to receive the appointment as a District Court Judge for the Third Judicial District. I have been incredibly impressed by all the hard work and time Governor Gordon and the Judicial Nominating Committee put into the selection process," Robinson said in a press release. "I will always strive to live up to their expectations in providing independent, fair and impartial justice in Sweetwater County."

Robinson has a Bachelor of Arts degree from Keene State College and a Juris Doctorate from the University of Wyoming, where she graduated CumLaude.