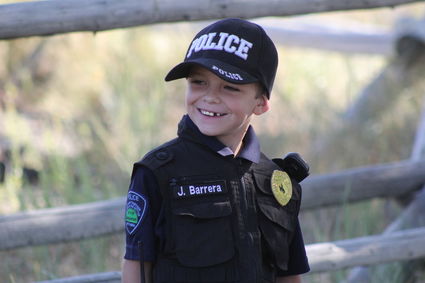 Not all the kids were participating in the bike rodeo. Jason Barrerra, an honorary Green River Police Department officer, helped with bike safety demonstrations while at the Scotts Bottom Nature Area.

While mountain bikers hit the trails along the Wilkins Peak Trail System Saturday, a few children had a chance to participate in a bicycle rodeo at Scotts Bottom Nature Area.

The Lil' Dirt Devil Bike Rodeo challenged kids to a series of obstacles and tests after they learned about bicycle safety. The challenges ranged from throwing a newspaper into a bin to navigating through a small portion of the nature area's paths. Afterward, the kids went on a guided ride, decorated their bikes and took part in a bike parade. 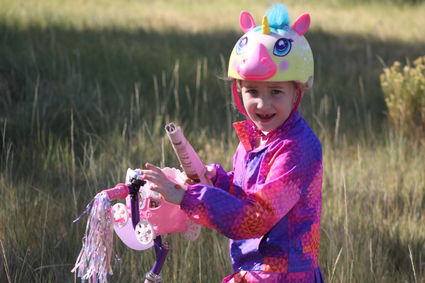 Madyson Tornes prepares to throw a newspaper in a bin at the Lil' Dirt Devils Bike Rodeo.