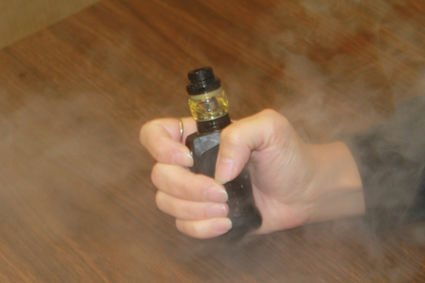 Discussion near the end of the Green River City Council meeting last week indicates the Council is willing to examine if vaping should be included on the city's smoking ordinance.

During the Council comment period last week, Councilman Gary Killpack asked if the Council would be willing to examine the issue, saying he heard a complaint from a resident. Killpack said the resident was concerned that while smoking is prohibited in public parks, vaping isn't included in that prohibition and didn't like how residents sometimes have to deal with vapor coming from people.