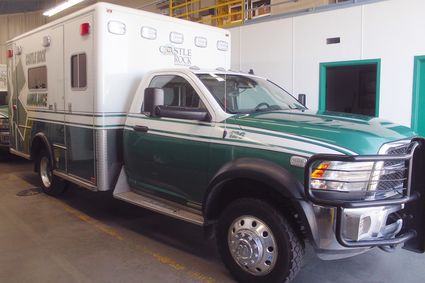 The future of ambulance service within Sweetwater County is unclear.

In an interview, Smith said Castle Rock is losing $35,000 a month, while Sweetwater Medics has needed about $1.2 million in subsidies to keep operating.

Robert Gordon, Castle Rock Hospital District Board chairman, confirmed the number Smith gave was pretty accurate for an average. He said they lose between $35,000 to $39,000 each month and that's been happening for a while.

"It costs a lot to have a department like that. It has to be ready to go at a moment's notice," Gordon said.

Smith said a consultant from SafeTech Solutions in Minnesota is trying to help the county come up with possible solutions.

So far, the solutions the group has discussed isn't gaining any support with Smith. The top three possibilities are: have MHSC take over the service, create a special-tax district to pay for the service or have the county take it over as a separate department it would oversee.

Each of these solutions already seem to have obstacles to overcome. Smith said the problem with the MHSC taking over is there is already a misperception in the community.

What most don't realize is the financial problems the ambulance services are having because they are still serving the community.

"Sweetwater Medics and Castle Rock are both providing a good service," Smith said.

"These two entities are really struggling financially," Smith said. "If it fails, how do we get out of it?"

That's a big question for the hospital to answer. Taking on that much debt when the hospital is continuing to turn things around could be detrimental, he said.

The second option proposed is the special tax district. Farson did something similar to this during the last election cycle. It formed a special district and those within that district pay a tax to keep its health clinic running. Smith said if this were a viable option a group would need to sponsor the tax initiative and work hard to get it on the 2020 ballot. The voters would then decide its outcome. However, how can the county continue to cover the costs of the services until then?

The third option is having the county take it over, which Smith can't see the county doing. The county isn't in the ambulance business, Smith said. Who would run the program and deal with insurance billing issues?

"Those were the best options and none of them were great," Smith said.

Gordon said something needs to be done to keep the service going.

This problem isn't new to Sweetwater County or even the state, Gordon said.

Both Smith and Gordon at this point don't see how a fourth option, such as having a national service take over the ambulance service, would work. Gordon said they would just use helicopters all the time in order to subsidize the ambulances. Smith said these helicopters would take patients straight to Salt Lake City, even if MHSC could handle the cost.

"There's got to be a solution that provides the service at an affordable price," Gordon said.

Smith said all of those at the committee meeting were told to think about the options again and see if any other ideas come forward they hadn't thought about.

"I don't know if there are any other options," Smith said.

He said they will need to determine if it is a public good or a pay-to-use service.

"What are we willing to pay?" Smith asked.