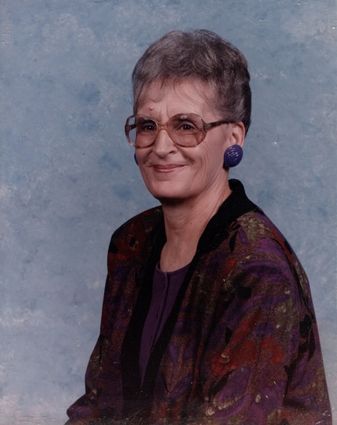 Mary M. Robinson, 86, of Rock Springs passed away June 23, 2019, at the Memorial Hospital of Sweetwater County. She was a lifelong resident of Rock Springs.

She was born Oct. 22, 1932, in Rock Springs, the daughter of William McPhie and Althera Blacker.

She married James Robinson in Rock Springs in June of 1950. He preceded her in death in January of 1998.

Mary was a clerk in retails sales for many years having worked for Yellow Front, Anthony's and Sprouse Reitz.

Her interests included spending time with family and friends and she loved being a mother and grandmother. She was an avid Denver Broncos fan and her favorite color was purple.

She was preceded in death by her parents; one son, Bruce Robinson; one sister, Ramona Cobb and six brothers.

Funeral services will be at 11 a.m., Thursday at Vase Funeral Chapel, 154 Elk Street, Rock Springs. Graveside services and interment will be in the Rock Springs Municipal Cemetery. Friends may call one hour prior to services at the chapel. Condolences may be left at http://www.vasefuneralhomes.com.