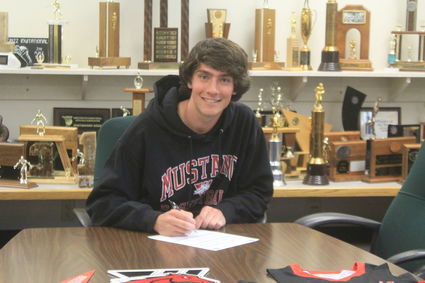 Chase Stoeger signs his letter of intent to play basketball for the Western Wyoming Community College Mustangs during a ceremony last week.

One of the Wolves' leaders on the basketball court has signed with nearby Western Wyoming Community College to play junior college basketball as a Mustang.

Stoeger said he wanted to play for a team that wanted him to play, saying the coaches at Western made it clear they want him on the court. He also chose Western because he felt it would be an easier transition for him into college due to its location.