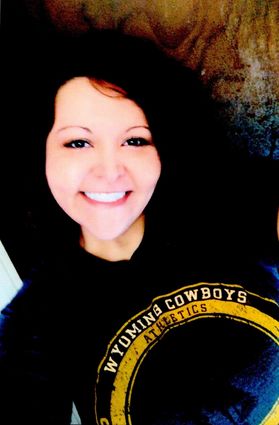 Alicia Bernadette Guerra, 40, passed away April 5, 2019, at her home. She was a lifelong resident of Green River.

Guerra was born Sept. 24, 1978, in Rock Springs, the daughter of Eleuterio Guerra and Marion Lukich Guerra.

She attended schools in Rock Springs and Green River and was a graduate of Green River High School with the class of 1997.  She earned an associate's degree in business from Western Wyoming Community College.

Guerra was formerly employed at First Bank North Side and Wells Fargo. She also worked at Coyote Creek as a bartender.

She was a member of the Immaculate Conception Catholic Church.

Guerra was a people person, having never met a stranger.

Her interests included, fishing, hunting, camping, waiting tables and bartending. She also was a first-time successful deer hunter in 2018.

A vigil service with rosary will be recited at 6 p.m., Thursday at the church. Graveside service and entombment will be in the Riverview Cemetery Columbarium.