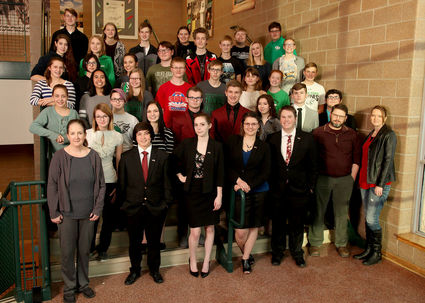 The speech and debate team came home from state with a fourth place finish.

The team traveled this past weekend to Riverton to take on the best Wyoming had to offer.

“It would have been nice to win state this year, but our team is young and they did a fantastic job,” head coach Carina White said. “Out of the entries we took to state, only four o...