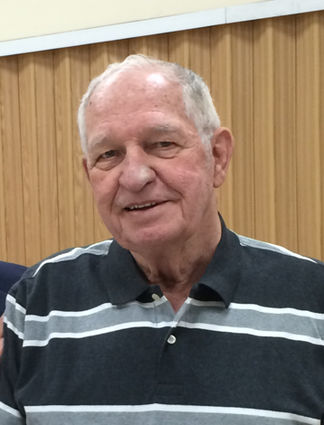 He had been resident of Green River since 1940 and was a former resident of Salt Lake City. Butcher died following a brief illness.

He was born April 9, 1935, in Salt Lake City the son of Melvin Butcher and Lovina Schofield Butcher. Butcher attended school in Green River.

He was employed by Union Pacific Railroad for 43 years and he retired as a clerk on March 31, 1997.

His interests included playing cards and traveling to Wendover, Nev., with his family.  He was an avid Denver Broncos fan.

He is preceded in death by his parents, daughter Leisa Butcher, five brothers and three sisters.

Following cremation, a memorial service will be conducted at 11 a.m., March 13, at Union Congregational Church, 350 Mansface Street in Green River. Inurnment will be in Riverview Cemetery.

Friends may call at the church one hour prior to services.

The family of Jerald "Jerry" Butcher respectfully requests donations be made in his memory to Cowboys Against Cancer, 1893 Dewar Drive, Rock Springs, WY., 82901.