Girls basketball goes 1 for 1 over weekend 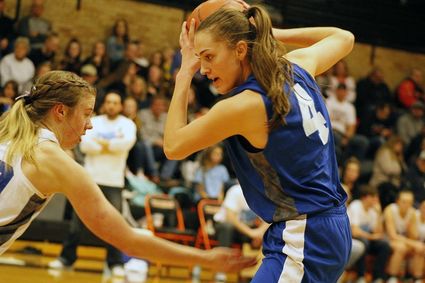 Maddie Heiser keeps the ball away from a Rock Springs player during the Make-A-Wish game Thursday.

The Lady Wolves basketball team ended its regular season with one win and one loss.

Both conference games were real nail biters with the score going back and forth in the last quarter.

In the Rock Springs game last Thursday, it came down to a shot at the buzzer from Lady Wolf Maddie Heiser who put down a two-pointer for the 47-45 win.

"It was great," head coach Rick Carroll said. "Everybody was really excited about that."

Overall, it was a great game because both teams were playing really well, Carroll said. He said both teams also handled the crowd well. When it's a rivalry game, it can ge...