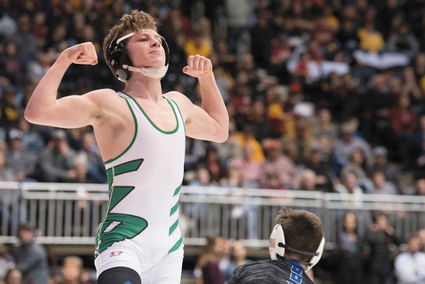 Clayson Mele stands triumphant after winning the state championship in his weight division.

Three Green River wrestlers were crowned state champs during the state wrestling tournament in Casper over the weekend.

Green River took second at the tournament, earning 204 points. The Wolves were edged out by the Kelly Walsh team, which scored 223 points and its first state title in the school's history. Rock Springs took fifth with 186.5 points.