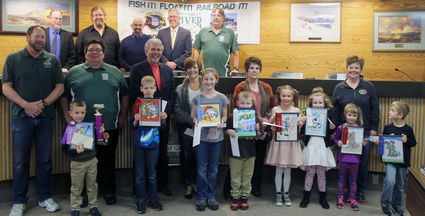 A number of Green River children received awards for their artwork during the Green River City Council meeting Tuesday night.

The children competed in a coloring contested hosted by the Green River Fire Department, which accepted more than 600 entries from Green River children.

Tom Murphy, a Councilman who also serves on the city's volunteer fire department, said the contest was only open to children within Sweetwater County School District No. 2's boundaries.

"This is something I'm very passionate about," Murphy said.

The coloring contest is in its second year. Murphy credits the idea to G...