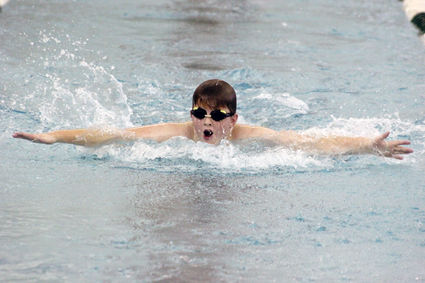 Brigham Johnson makes his way down the pool using a breaststroke.

If you ask Randy Walker, he'd say swimming is sport in its purest form.

He advises his middle-school swimmers that other swimmers aren't the people they're competing against. They should focus on competing against themselves. According to Walker, swimmers have to compete against procrastination, ego, unhealthy eating and other negative behaviors.

"You must compete against these things," a whiteboard reads at the Green River High School Aquatics Center.

Walker, along with assistant coach Owen Krysl, are working with the kids to improve their technique. Krysl said nearly half of the team is...