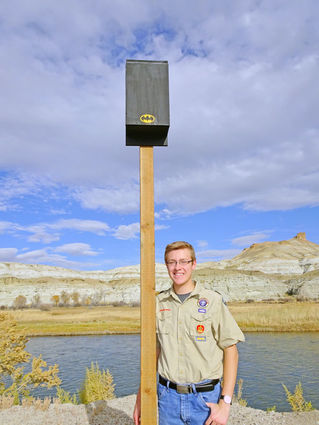 Boy Scout Nathan Nelson stands next to a bat house he learned how to make and install.

For Boy Scout Troop 78 member Nathan Nelson, trying to help the community while completing a project for his Eagle Scout honor was something he just had to do.

Nelson joined the Cub Scouts when he was 8. He then continued to advance in the program and moved onto the Boy Scouts and obtaining 22 merits badges.

Not only did Nelson obtain badges, but he advanced his skills by attending Boy Scout camps, serving in leadership positions like team captain and assistant senior patrol leade...