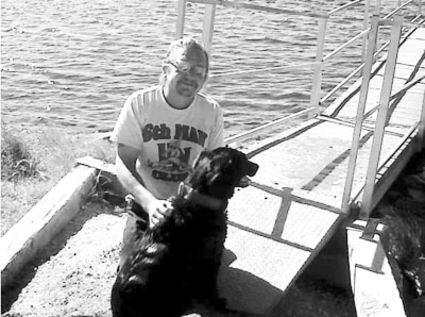 Brett Alan Pickerel, 55, passed away Nov. 4, 2018, at his home in Rock Springs. He was a lifelong resident of Rock Springs.

Brett was born Jan. 22, 1963, in Rock Springs the son of Donald Pickerel and Earlene Dodrill.

He attended schools in Rock Springs and obtained an automotive technician degree. Brett worked for the Wyoming Highway Department for 20 years and as a mechanic for No-Bull Construction for the six years.

He enjoyed spending time with family, and junk hunting in the hills. Brett volunteered as an EMT and a firefighter and he was also a city councilman in Superior. Dogs were the love of Brett's life and he could fix anything.

Brett was preceded in death by his parents and two brothers, Donald Pickerel and Michael Pickerel. Following cremation, a celebration of life will be conducted at 3 p.m., Nov. 10, 2018, at Bunning Hall at 603 South Main Street in Rock Springs.