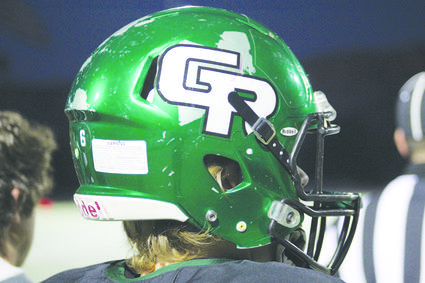 A football helmet worn by Joe Schultz shows the toll a football season takes on players' equipment, with scratches and paint being scraped away through play.

Despite a strong showing by the Wolves, their football season ended in Cody Friday night, losing their final game against the defending state champions 24-20.

While the game started with a scoreless possession and an early touchdown from the Cody Broncs, the Wolves turned a penalty call into a touchdown drive to tie the game. The Wolves were forced to punt during their second possession of the night, but during the play, the Broncs were flagged for roughing the punter, a 15-yard penalty which gave the Wolves a first down and a second shot at the end zone. The Wolves made great use of the op...