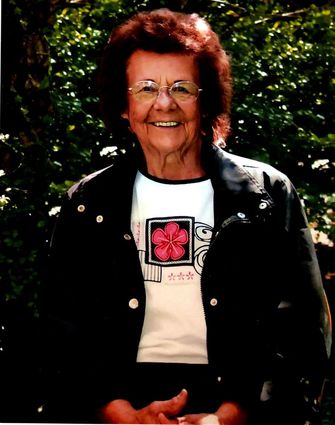 Anne Zora Robertson, 90, passed away Oct. 15, 2018, at her home in Rock Springs, surrounded by her family. She was a lifelong resident of Wyoming.

Robertson was born on April 5, 1928, in Rock Springs, the daughter of Matt Yovich and Anna Kralj.

She was an avid Duke University basketball fan and she also enjoyed cooking, gardening and entertaining guests.

Robertson was a member of the Holy Spirit Catholic Community.

She was preceded in death by her parents; husband and two sisters, Marie Shoopman and Olga Magagna.

A Mass of Christian burial will be conducted at 10 a.m., Oct. 20 at the Saints Cyril and Methodius Catholic Church, 633 Bridger Ave., Rock Springs. A vigil service with rosary will be recited at 6 p.m., Oct.,19, 2018, at the church. Interment will take place in the Rock Springs Municipal Cemetery. Friends may call at the church on Friday from 4 p.m., until the time of the rosary and at the church on Saturday, one hour prior to funeral services.

The family respectfully requests that donation in Anne's memory be made to Hospice of Sweetwater County, 333 Broadway, Street Suit 220, Rock Springs, WY., 82901.