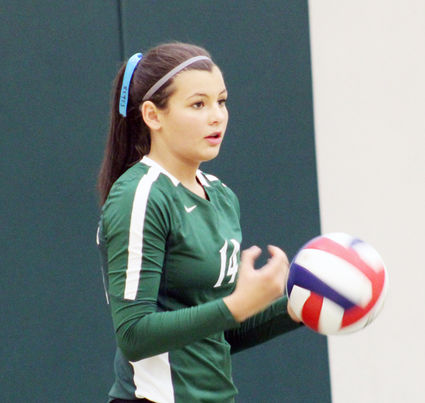 Kayde Strauss prepares to serve during competition at home against Jackson.

The Lady Wolves volleyball team won one against Jackson and lost one to Evanston last week.

However, the team still needs to work on its passing, serving and consistency, she said.

"We seem to rely on the big hits and blocks to win the game for us, when it's really the basics that win us games," Shantz said. "We...