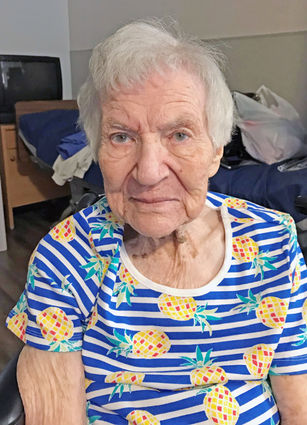 She was born June 8, 1924, in Rock Springs, the daughter of Slovenian immigrant parents Joseph and Antonia Ravnikar Gosar.

Mary attended schools in Rock Springs and was a 1942 graduate of the Rock Springs High School. Following graduation she worked for the Union Pacific Coal Company and later was employed by Sweetwater County School District No. 1 as a secretary at Roosevelt School.

In her late years, she could often be found in front of the television, at all hours of the day and night, watching various sporting events.

She was preceded in death by her parents; her husband Danny; one daughter, Marianne Volcic; three brothers, John, Joe, and one brother in infancy; one sister, Angela Bakas.

At Mary's request, cremation will take place and there will be no formal funeral services.

In lieu of flowers donations can be made to Hospice of Sweetwater County, 333 Broadway, Suite 220, Rock Springs, Wyoming 82901.