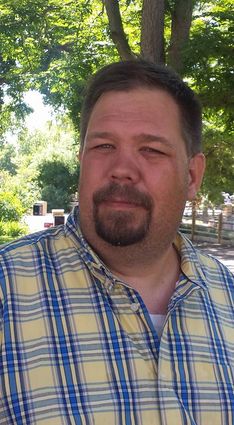 A Green River resident has decided to seek election to the Sweetwater County Board of County Commissioners.

Roy Lloyd, a 14-year resident of the county, said he wants to forge new relationships and share ideas about increasing the quality of life and improving leadership within the county as he meets with county residents during his campaign.

"Change is necessary to move forward and away from the status quo, and I feel I bring the motivation, energy and passion to help be that voice of change," Lloyd said in his campaign announcement.

"I see room for a new voice to help lead our community through the existing challenges while simultaneously forging new ideas to enhance the future of the county."

Lloyd has five philosophies he plans to bring forward if elected.

He said he wants to listen to others' ideas in an open manner and hopes to create positive relationships based on respect and cooperation. He believes collaboration and respect are needed to avoid friction and serve the county effectively.

He wants to appoint board members to county entities and allow the board to effectively manage their respective organizations while providing support and insight as an appointed liaison.

Lloyd seeks to critically review and efficiently manage the county's budget, focusing on specific fiscal management rather than looking at general "across the board" cuts and increases.

He also wants to focus on alternative methods to create and sustain economic growth within the county using a collaborative and planned methodology.

Lloyd said he plans to serve the county with a level of professionalism that would be "above reproach."

"Throughout my 21-year professional career, I have had the opportunity to enhance the lives of others," Lloyd said in his announcement.

"I have also had the privilege to serve on multiple community boards and organizations focusing on serving others. I view the opportunity of being elected County Commissioner as a continued extension of my desire to serve others and I look forward to serving the citizens of Sweetwater County."

Lloyd said he could have sat on the sidelines and watched, but decided the county needs new ideas, leadership and energy.

"To move forward, it takes the efforts of more than five commissioners; it takes a community and I look forward to representing our community and being their voice," Lloyd said.

Lloyd will launch a Facebook page, http://www.facebook.com/lloydforcommissioner, which will have updates and further information regarding his campaign.