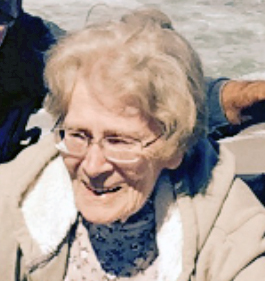 She was a resident of California for the past 35 years and is a former resident of Rock Springs,.

She attended schools in Rock Springs and was a 1948 graduate of the Rock Springs High School. Pickering also attended the University of Wyoming for one year.

Pickering worked at a data processor for Trans World Systems for many years until she later retired on March 31, 1995.

She enjoyed gardening, her pets, teaching Sunday school for the Congregational Church and baton twirling.

Pickering was preceded in death by her parents; one brother, Thomas "Tuck" H. Fitzgerald; as well as several aunts and uncles.

The family of Mary Pickering respectfully requests donations in her memory be made to The American Cancer Society, P.O. Box  5807, Cheyenne, WY., 82003

Following cremation, a celebration of life will be conducted at 11 a.m., June 15, at the Vase Funeral Chapels, 154 Elk Street in Rock Springs. Inurnment will be in the Rock Springs Municipal Cemetery. Friends may call the chapel one hour prior to services. Condolences may be left at http://www.vasefuneralhomes.com.