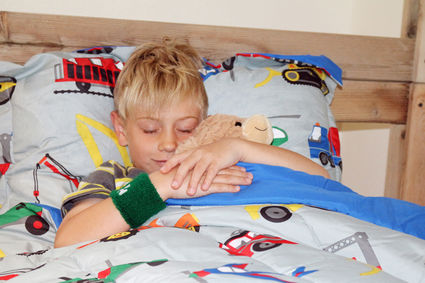 Gabriel Kloefkorn, 7, couldn't wait to try out his new bunk bed, which was delivered Saturday by volunteers from the Rock Springs chapter of Sleep in Heavenly Peace.

For the first time in a long time, two Green River children will once again know what it's like to sleep in their own bed.

For Julianna Kloefkorn, 11, and her brother Gabriel Kloefkorn, 7, taking turns sleeping with their mother, Jennifer Ferguson, was a nightly occurrence.

Ferguson said she had bought two different bunk beds for them for a local store, but it was cheaply made and both of them broke. For a family tight on money, she wasn't about to make that mistake again.

She did the best she could and took the twin bed memory foam and placed it at the end of her bed. They would all slee...