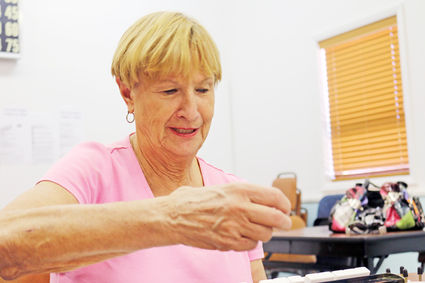 Nora Storti reached for a tile, hoping this one will help her poor hand.

During a friendly game of Mahjong, seniors found out that they didn't need to worry so much about other players as they did the game itself.

On Friday, four seniors were trying their luck at Mahjong at the Golden Hour Senior Center and the game was beating them all.

None of the ladies were having any luck trying to get a winning hand.

In fact, they were having a hard time just trying to get a hand started.

Lowe explained the game by comparing it to rummy. She said even through the tiles have various symbols on them, including flow...