More than 20 dogs, puppies up for adoption 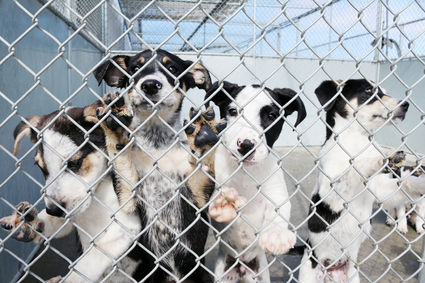 More than 20 dogs have been brought to the Green River Animal Shelter from New Mexico. The dogs are up for adoption and would have been euthanized if they were not transported to Green River.

In an effort to help save the lives of 20 New Mexico puppies and dogs, the Green River Animal Control officers are hosting an adoption event.

For several weeks, the Green River shelter has had few animals up for adoption, which is a good thing for this community. However, animal control officers Kim Wilkins and Tracy Wyant know all to well there are other shelters in other areas and states that are full. When shelters are too full, such is the case for several New Mexico shelters, those shelters have no choice but to euthanize animals to make room for more.