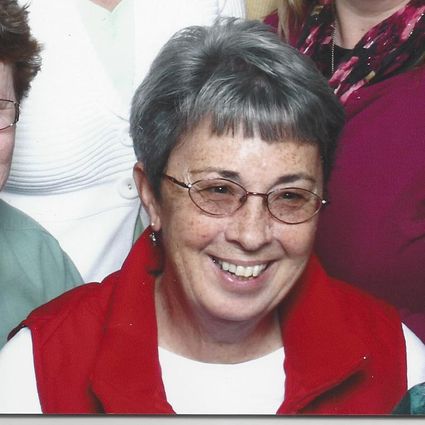 Mary Theresa Palmer, 76, passed away Sunday, May 13, 2018, at her home in Rock Springs. She was a resident of Rock Springs, for the past 37 years and was a former resident of Cloverdale, Calif.

Palmer was born on July 4, 1941, in Oroville, Calif., the daughter of Earl Doogan Renschen and Marian Rose Hansell.

She attended schools in California and was a 1959 graduate of the Mount Diablo High School.

Palmer married Rosalyn Record Jennings in December of 1982 in Rock Springs. She worked as a bank teller in Cloverdale, Calif., moved to Wyoming in 1981 and worked for Sunrise Construction. Palmer also worked as a secretary for Solvay Chemicals for 25 years and later retired in 2006. Palmer was a member of the Holy Spirit Catholic Community.

Palmer belonged to the Rocky Mountain Elk Foundation and the Muley Fanatic Foundation.

Following cremation, a celebration of life will be conducted from noon until 3 p.m., June 2, in Terry's flower garden at 1326 Lincoln Avenue in Rock Springs. Condolences may be left at http://www.vasefuneralhomes.com.