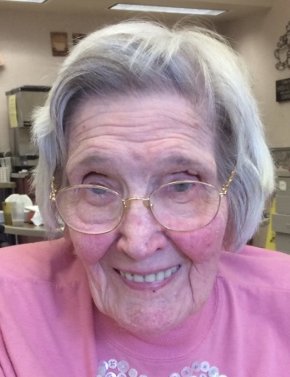 Lenore Helene Knutson of Hobart, Ind ,. passed away in Green River April 17, 2018, peacefully and surrounded by the love of her family at the age of 100.

She was born in Kesley, Iowa, daughter of George and Helene (Hintzen) DeVries.

She was the second of four children, Esther, Arnold, and George. Lenore attended elementary school in Kesley, Iowa, and she graduated salutatorian of her high school class in 1934 at 16 in Aplington, Iowa.

She graduated from the University of Iowa in 1938, with a bachelor of arts in journalism.

There she was known as "The Voice with a Smile." Lenore then worked for three years in public relations in Chicago, first for Club Aluminum Products Company and later for The Delphian Society, a national organization that promoted the education of women in the United States.

After relocating to Hobart, Ind., she worked as advertising representative and then as advertising manager for Herald Newspapers in Northwest Indiana.

There, Lenore built a deep and lasting connection to the community for herself and the three generations of her family that followed.  After 30 years with The Herald, she retired in 1985.

Graveside service and interment took place April 25 at Bethel Reformed Cemetery in Kesley, IA. Condolences for family can be left at http://www.foxfh.com.