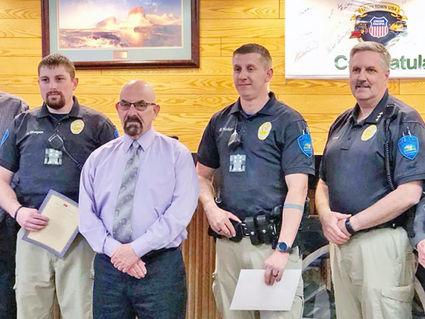 Two Green River police officers were recognized and awarded medals for their role in saving a resident's life last month.

Police Chief Tom Jarvie said officer Korey Thompson and Sgt. Brad Halter were instrumental in saving a resident who suffered cardiac arrest March 18. Jarvie said the two were the first to arrive at the scene and found the resident unconscious, initiating CPR and keeping passing information along to firefighters and ambulance crews responding to the address.

"It was a team effort by all three agencies," Jarvie said.

The resident was revived and taken to Utah for continue...