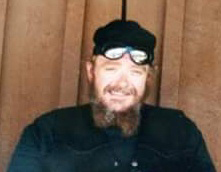 Gerald B. Brown Jr.,  58, passed away April 3, 2018, at the University of Utah in Salt Lake City following a lengthy illness. Brown was a lifelong resident of Rock Springs.

Brown was employed by Bridger Coal Company Mine March 16, 1979,  first as a coal truck hauler then a overland conveyor belt operator.