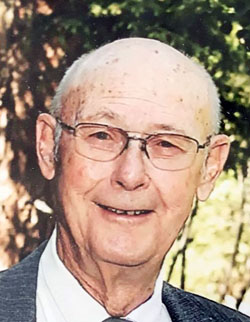 He was born, raised and lived in Green River most of his life.

He graduated with the class of 1944 from Lincoln High School in Green River.

He served in the U.S. Navy during World War II. His working career included the Union Pacific Railroad and later retired from Stauffer Chemical Co.

Toone was a member of The Church of Jesus Christ of Latter-day Saints.

He was always a dedicated and involved member of his faith. His interests included watching sports, horses, playin...